There is significant financial support available to build your online store. You don’t want to miss this opportunity!

Nobody really knows what is going to happen in the future . At some point we are going to be given some kind of a go ahead. It will be time to wake our businesses up.

Getting your business noticed is going to be key to living life normally again and I’m keen to help you achieve that with fresh and exciting professional images.

I’m offering an opportunity to all local businesses to sit down and look at the kind of images you need and write out a short action plan. This is a complimentary service open to all with no obligation. Just drop me a line and we can chat on the phone!

The next bit is the photography. You might need contemporary team headshots, a B&B room shoot or a full product catalogue. If you are proud of it – customers will want to see it. We’ll organise it that we capture quickly and get them backfire you to use sharpish. Planned images are always better and that’s why using a professional service is advisable. We know that impact is everything and we won’t rest until it’s working for you.

Here’s the encouraging bit – there’s no urgency on payment. In order to take the sting out of things we are offering all our commercial work with 90 day payment terms.

Can we help you and your business ? Whether you operate online or in the real world our studio in Kenmare is there to help you get more from your business. If you think we can help you with your product photography drop us a line, nick@nickcavanagh.ie or call Nick on 0879 491 002

I once entered a portrait for a national award that I thought was something special. The subject was a young woman whose life story had been harder than I can express with words. Despite the extreme challenges she had faced (and still faces) she was bubbling with joy and appreciation. I don’t think I can recall meeting anyone with such a defining spirit of positivity. She beamed not just with her smile but with her whole demeanour.
I had selected a portrait of her expressing that joy (she had her eyes closed)  but the comment I received from the judge really annoyed me.   ‘Her eyes are closed in this picture. You need to see the eyes in a portrait’.

The judge had completely missed the point. As a portrait photographer I don’t want to make people look ‘good’, I want to tell their story. I don’t even like to have to explain an image with words. Having to explain suggests that the image hasn’t  done its job fully.  Portrait photography is about telling stories. 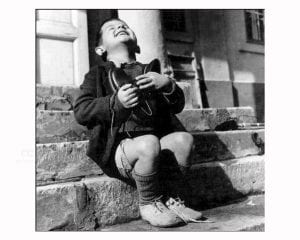 This portrait has had a big effect on me throughout my life. It’s by Gerald Waller and it’s called New Shoes – it was taken in Austria in 1947 and was made famous by Life Magazine.   The young lad has been given a new pair of shoes by the American Red Cross  and you can see he’s overcome. He’s beside himself and his eyes are closed.
I’m not sure I would ever be able to convince a subject to ‘close their eyes and look happy’- it would be such an odd request and can’t imagine it would work. Those moments just happen and you either capture them or you don’t.

Yesterday I was asked along by the family of Carlos and Joan who were visting Parknasilla on the occasion of their 35th wedding anniversary- they had a lovely ceremony with their three (grown up) children celebrating their wedding and their future.
I was actually capturing a portrait of just the children when I turned to my right and saw them stood by my side. Completely not posed, just a beautiful testimony to brilliant people still in love.
It’s an image I’ll hold on to.  Just look at Carlos’ eyes – there’s a proud and happy man. 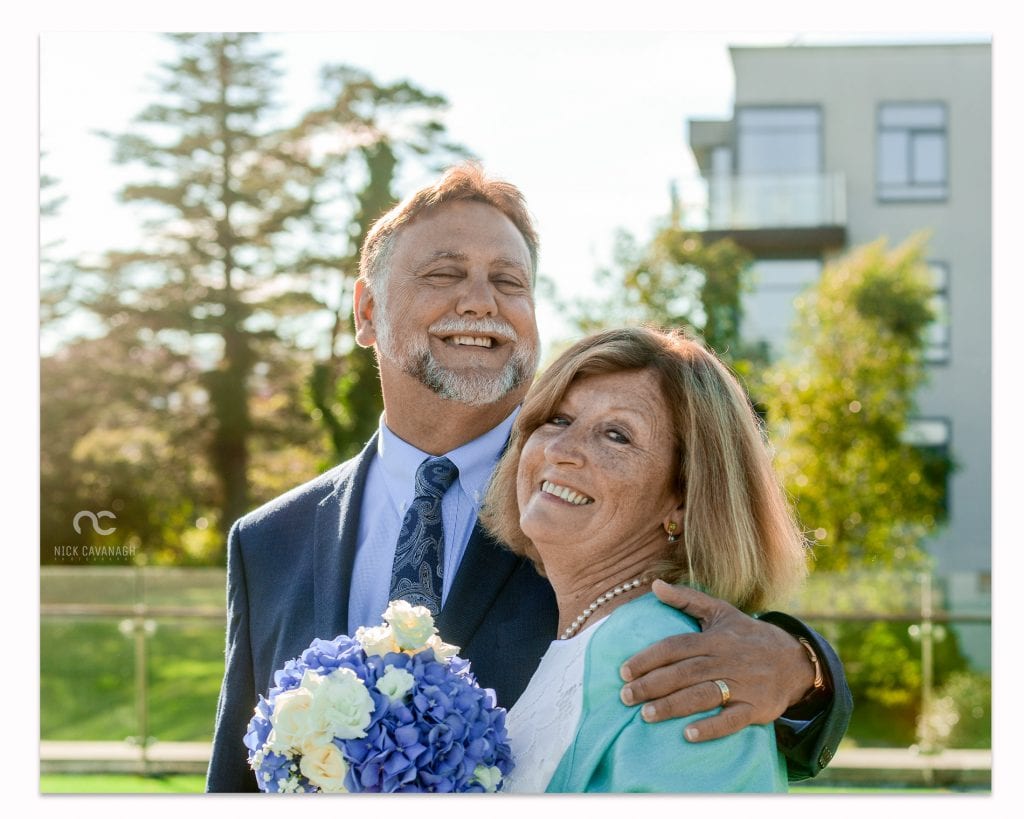 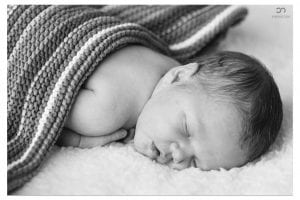 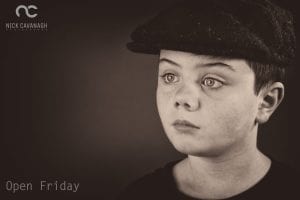