I’m writing this blog in a 50% entertainment, 50% business development manner. I hope you can wince with my past Christmas experiences and also learn from my mistakes….  Everyone knows the importance of good customer service but what is it? As a small business owner (particulary in a small town) the margin of error is tiny for me.
After university I immediately went to work in the retail sector on a graduate scheme for a supermarket and after a while took a position with a well known office supplies retail firm. I thought I’d include two Christmas ‘Customer Service’ case studies that I’ll carry with me for the rest of my career. 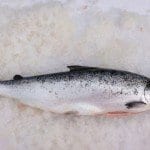 A customer had planned a large formal Christmas Eve dinner for 15 guests and in sometime in October had approached our supermarket and requested a special kind of fish to be picked up on the 23rd December. I took the order and didn’t really understand why being so meticulous was important to her.
No matter and the fish was ordered successfully. Everything was fine until as soon as the day (and the fish arrived) another staff member unknowingly sold it to someone else. When the mistake was realized they offered her a Salmon instead which she reluctantly purchased.

The original customer was distraught and in my naivety I couldn’t understand why- the store manager was horrified when I told him the story over a coffee later that day. He had me phone round 14 stores to source the correct fish and drive 50 miles to pick it up to hand deliver at no cost to the customer.
Her relief and thanks at the doorstep taught me a lesson.

Two years later…. I’d taken an order from a customer wanting to buy a computer for his wife for Christmas, this was probably in 1998 so was a really exciting and costly present . He wanted everything to be perfect and had specific requests as to monitor size. I was determined to build on my fish lesson above and decided to manage this totally myself. When the units had arrived I checked everything piece by piece.

Pleased with myself I then decided to phone him and the conversation went a little bit like this:

Me “ Oh yes thanks, can you tell him the computer he ordered is ready to be picked up?”

Female Voice   “Ahh.. I think you’ve just told me what I’m getting for Christmas”

Female Voice   “Look, on no condition let him know we’ve spoken, he’ll be gutted – phone him back in an hour”

I did phone him back and told him about the computer and when he was delighted when he picked it up I thought I had got away with my phone call.

My heart sank on the 27th December however when he returned it. When his wife opened the cardboard box (feigning surprise)  it was apparent that had been previously sold to someone else and returned before hand. That’s when everything unravelled

I obviously wasn’t to know this, but his anger was directed at me. “You’ve let me down, not because of it being already used, but because you phoned my wife and let her know it was her present, total disaster”.

Running a photography business all these years later I’m still scarred by the two incidents above. Yesterday was my final date for customer orders and until the correct ordered frames are delivered to my customers intact and handed over I’m going to be slightly nervous. Can’t tell you how much it matters to me that I get things right.

Nowadays if I were to repeat either of the two mistakes listed above in the town I live in, my reputation and business would be in tatters.

Yours ever so slightly nervously….