Day Nine.. the studio space is really starting to take shape.  The fact that we might actually be open by Christmas is nothing short of a miracle, given that the decision to go for it happened less than four weeks ago!  When we took hold of the keys the studio was a shell, now it looks like a studio! 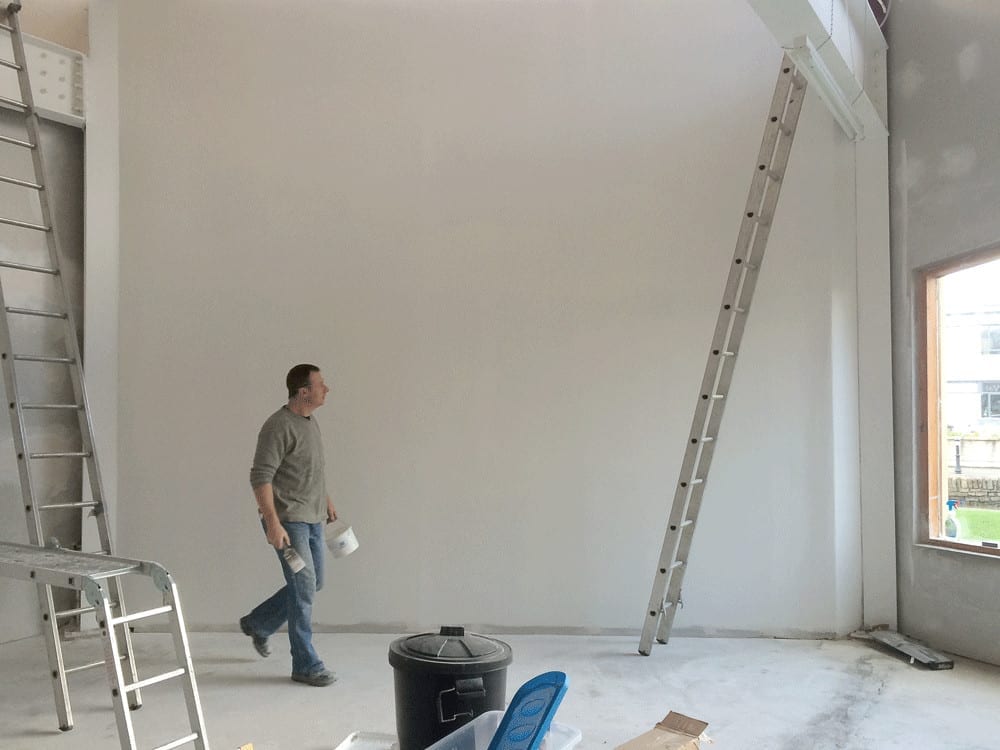 The main wall being painted white

Ironic that our recent terrible storms should take some credit for this quick turnaround, as it has allowed the friendly builders to work indoors.  I can quite easily see how this phase of the development could have taken months rather than weeks otherwise.  As someone that doesn’t know a paintbrush from a toilet brush, I’ve learned a lot and I have to say it’s been invaluable having people around that I can trust to tell me what’s what.  There’s just the final painting and the flooring to be completed now. (Note to self: don’t ever complain about stormy weather again.) 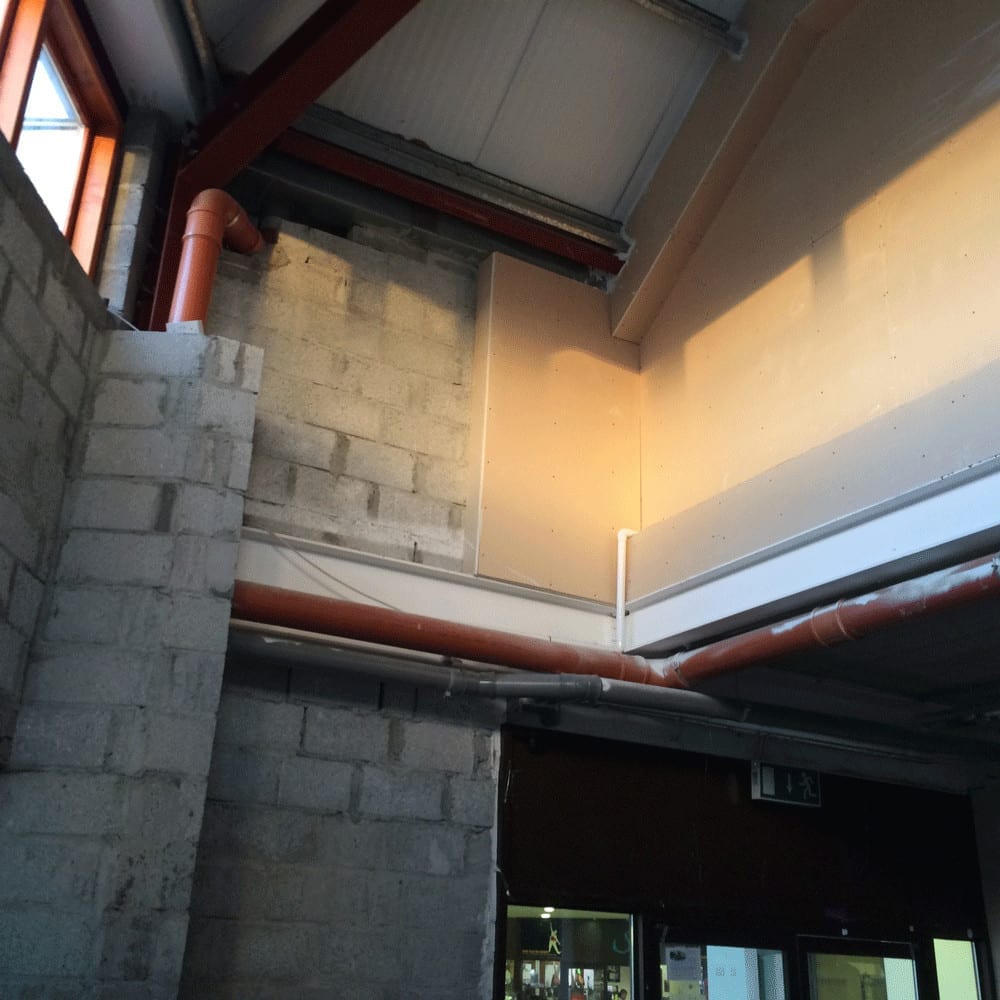 How it all looked 9 days ago

The building is still empty and the space looks vast; a lot bigger than it appeared initially.   I’ve been comparing studio set ups and for a while I toyed with the idea of fixed seperate areas to create distinct working spaces for viewing, shooting and so on.  However, for now I’ve decided to keep things flexible by using a large cabinet to create our main single partition.   The big advantage with this is that I will be able to move this around from time to time to increase each working space, depending on what I’m actually involved in. The open plan will avoid any feeling of claustrophobia. Of course I could just be sitting on the fence.  I’m terrible for that.

Trying to plan the picture gallery areas has been a job and a half!  Who would have thought that deciding on a few images and selecting a handful of frames could be so difficult?  I must confess, I was so exhausted by the process that I’ve still only completed half the task, but since the finished frames won’t make it back to us before Christmas, I’ve let myself off.

I’ve actually not taken a single ‘proper’ portrait in 3 weeks and amongst all the painting and peeling I’ve been mulling over some new creative ideas. The studio is going to give me the chance to push that creative side.  For starters, I’m going along to the annual senior citizens Christmas bash on Thursday with my camera and I’m genuinely chomping at the bit to do some camera side work.
There’s still a lot to do here but at last my ‘things to do before the studio opens’ list is only growing at a slightly faster rate than my ‘cool photography projects to do once the studio opens’ list.

The next few months looks like it might be a whole lot of fun.  Do pop in and say hello if you are walking past.  But be warned I might just pass you a toilet brush…  sorry paint brush.